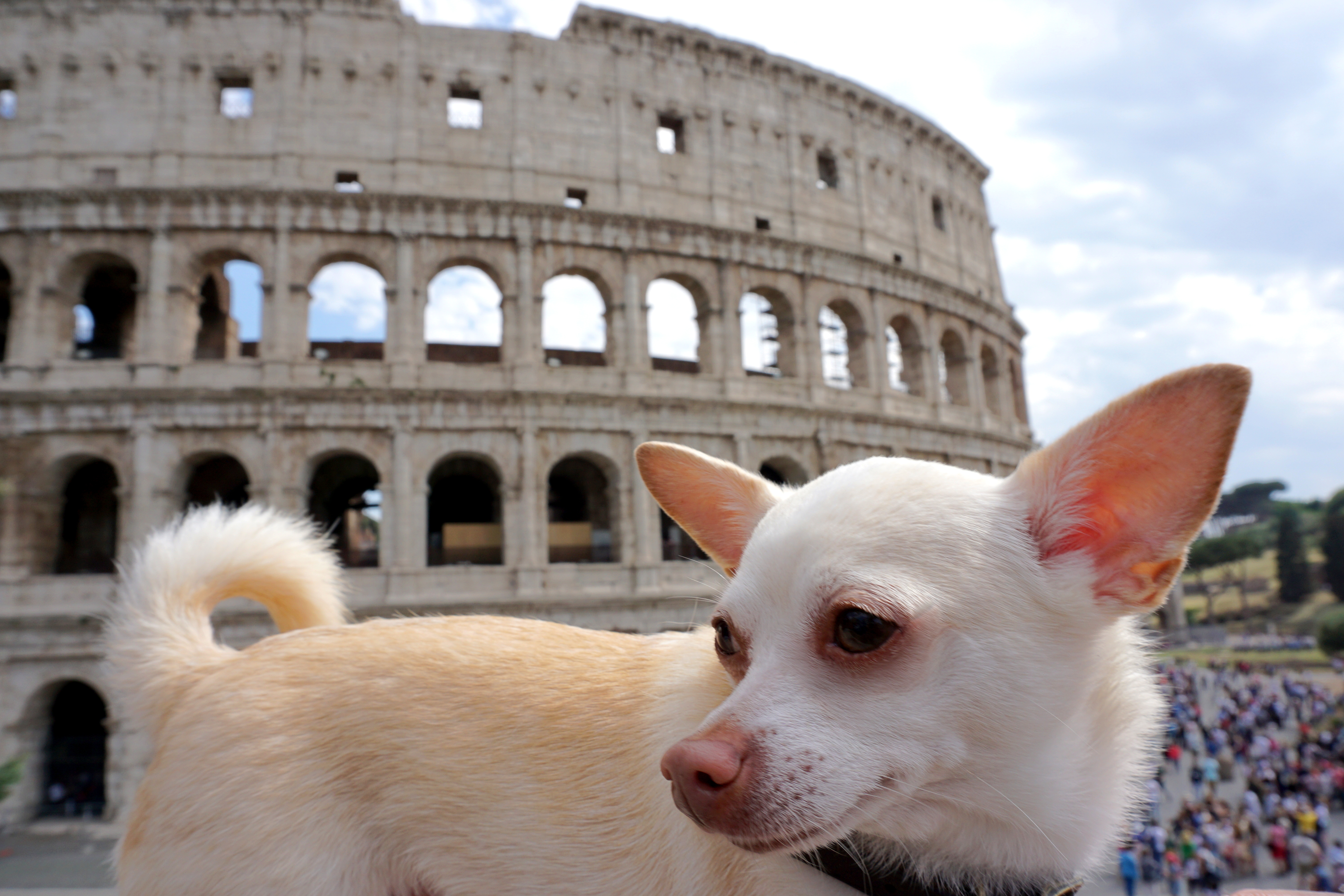 Exploring Rome with a Dog Part 2

The magic of Rome really hit me when I got to see the Colosseum. It was much bigger than I had imagined. It impressed me to see the remains of a building still standing after 2000 years of wars, earthquakes, plant overgrowth, and the fall of the Roman Empire. 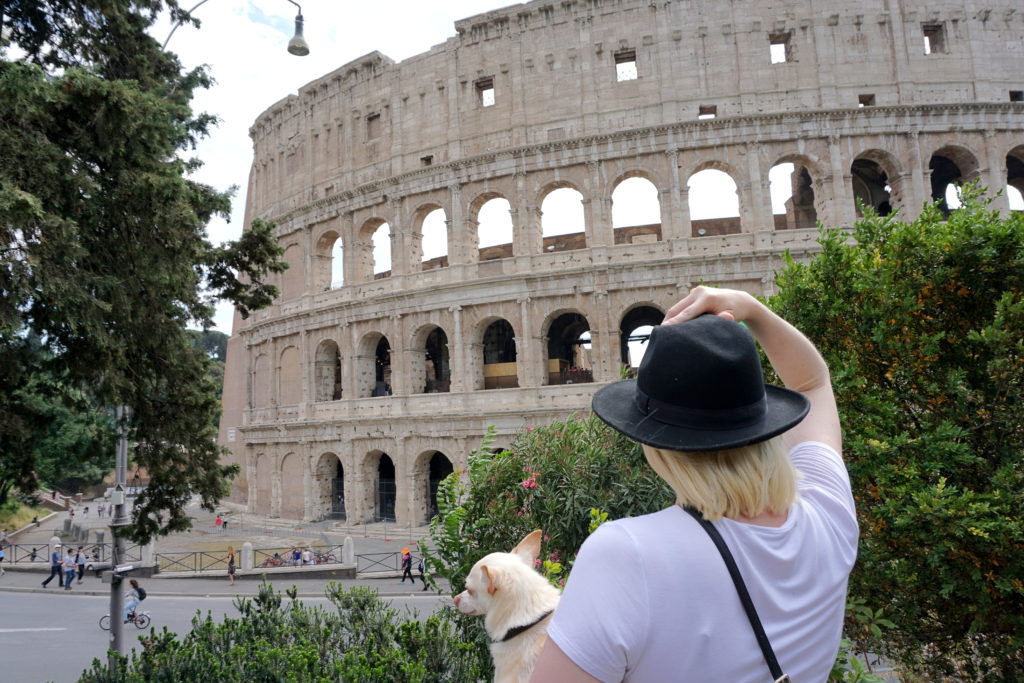 Our first visit to the Colosseum we brought the pup, but he wasn’t allowed to enter inside, so we explored the exterior and went another day without him. You will want to buy tickets online before your visit so you don’t have to wait hours in line. We bought ours at https://www.coopculture.it/en/colosseo-e-shop.cfm 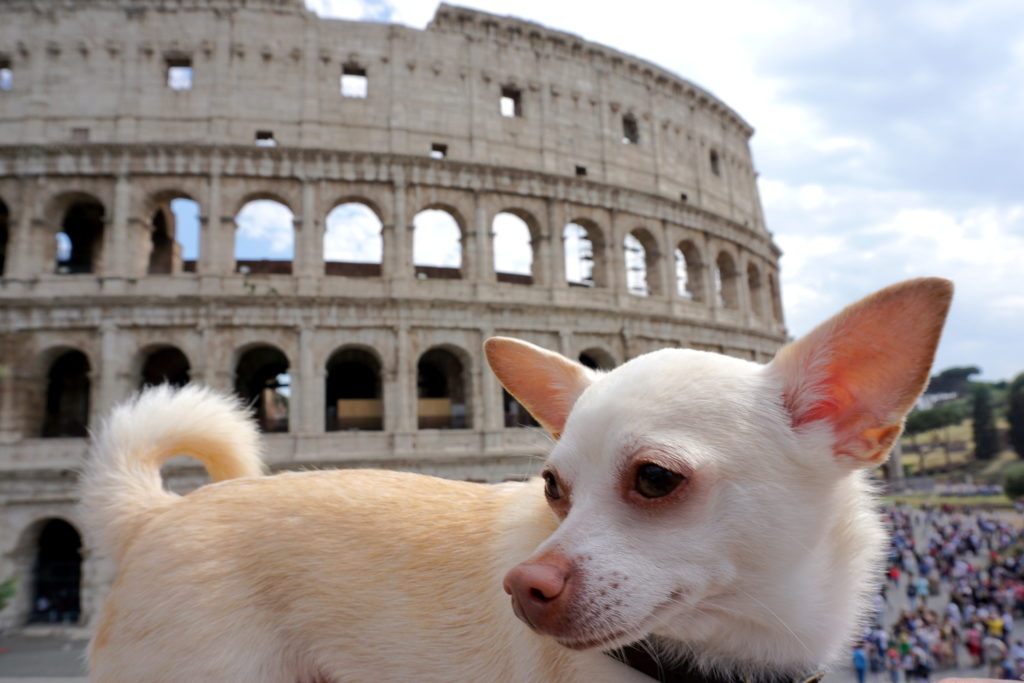 He really has that Instagram pose down. To get the best picture, and avoid people getting in the way, there is a hill with an elevated road and walkway you can take east of the Colosseum that allows for an incredible view. Only a few other people were up on the hill while down below was packed. 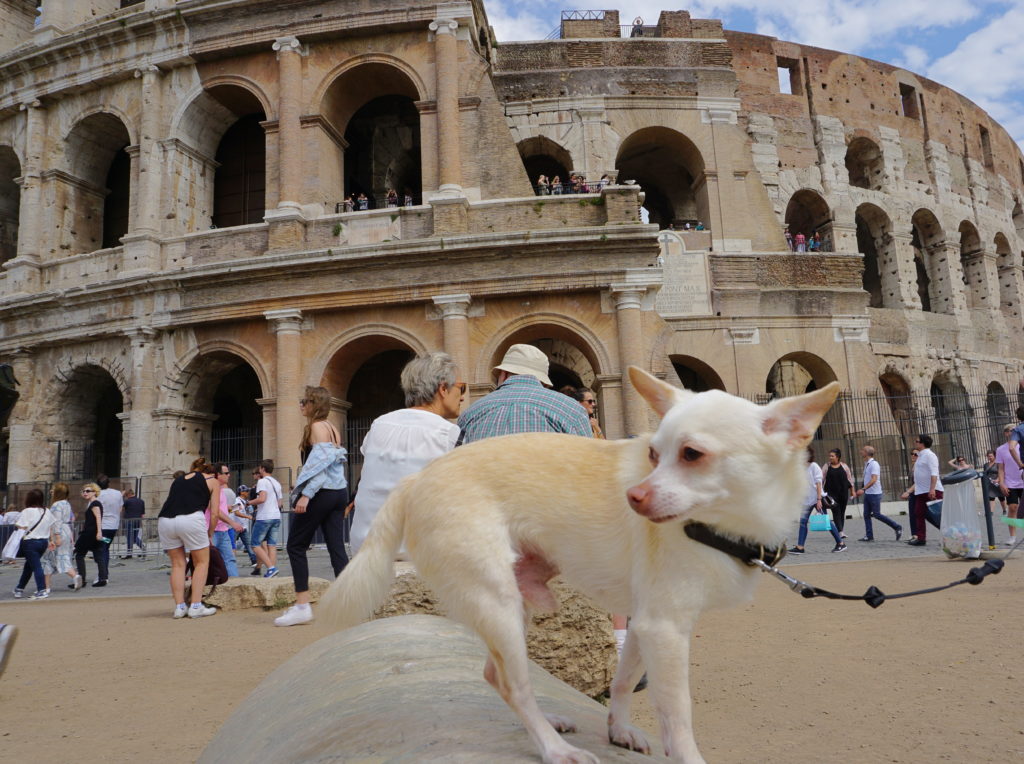 The Colosseum is the largest amphitheater in the world today and could fit up to 50,000 people. Like us, the Romans loved cheering on their favorite team or athlete. They did things a bit different though.  The events at the Colosseum were seriously brutal with bloody gladiator combat, think the movie Gladiator, and up to 10,000 animals being killed in a single day during hunts (including lions, bears, tigers, crocodiles, giraffes, rhinos, and elephants, just to name a few..). 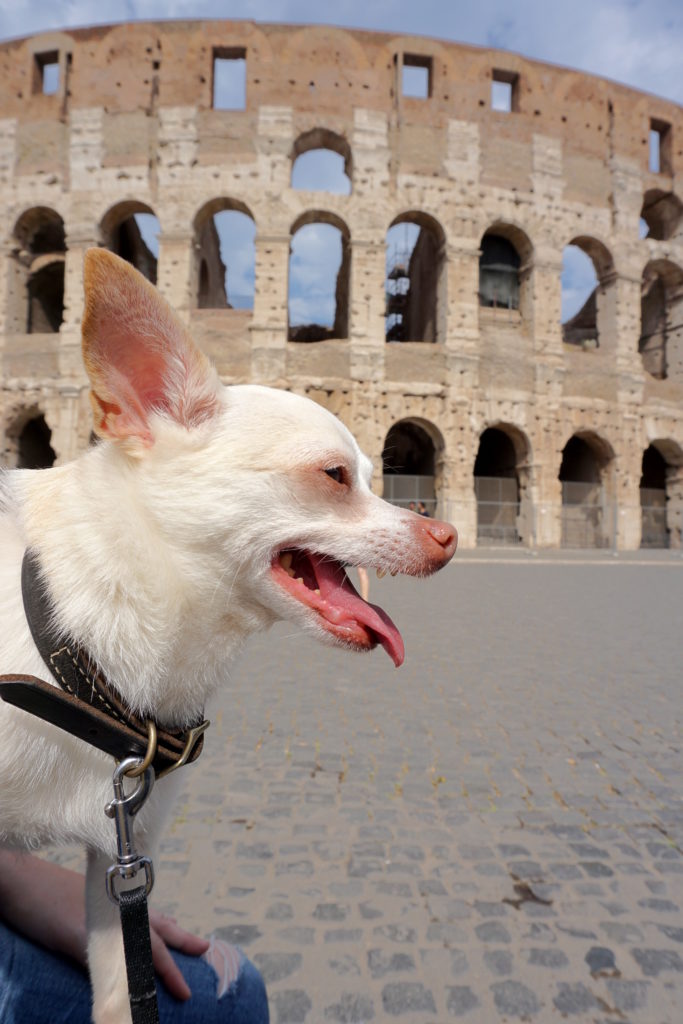 We stayed in the city center so we walked to the Colosseum. If you would rather not walk the Colosseum has it’s own metro (subway) stop. 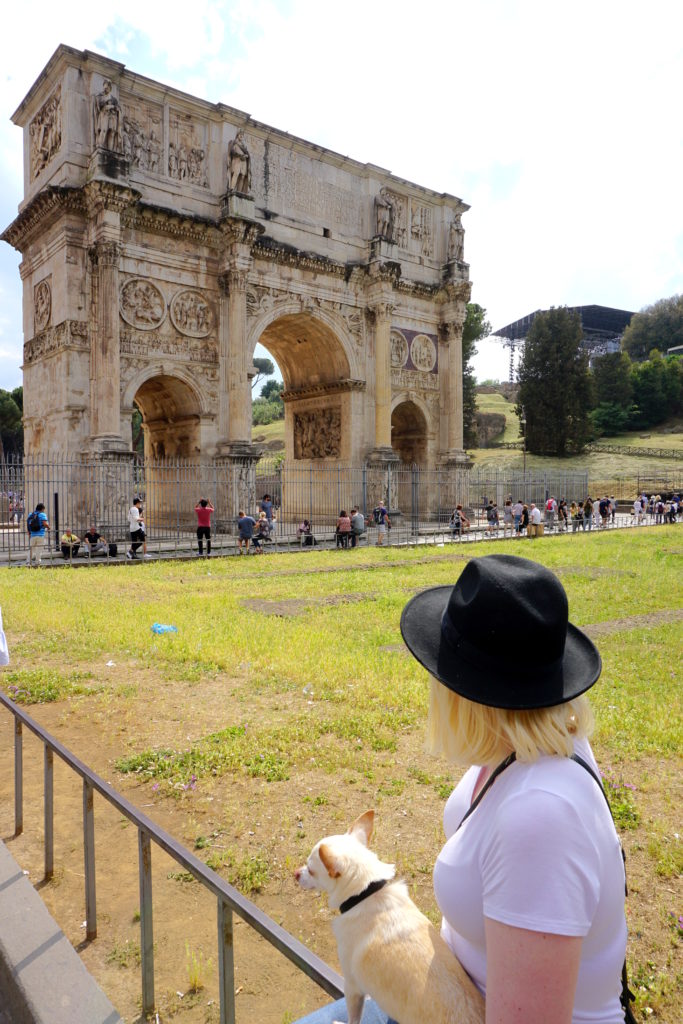 Situated right next to the Colosseum lies the remarkably well preserved Arch of Constantine. This nearly 1700 year old Roman arch is a symbol of Constantine’s glorious victory over Emperor Maxentius. 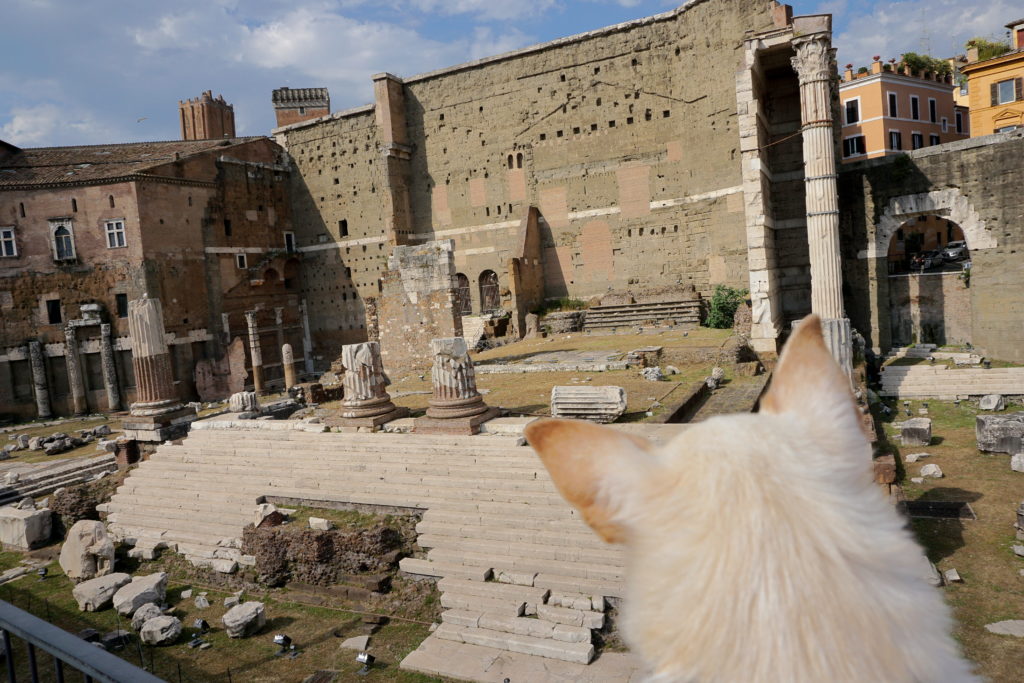 Next to the Colosseum is the ancient Roman Forum. The online ticket we purchased from Coop Culture for the Colosseum,  https://www.coopculture.it/en/colosseo-e-shop.cfm, also included the Roman Forum and Palatine hill. Like the Colosseum, you won’t be able to walk on the grounds of the Roman Forum with your dog but you can walk around it too see some of it with them. We spent another half day without Coco to see the Colosseum and Roman Forum in it’s full. You could easily spend a half day, or even a full, exploring the grounds. The Forum used to be a city centre and much of it is from different periods (Rome wasn’t built in a day) so it is massive.

The Colossuem and Roman forum was probably one of the most beautiful walks we did in Europe. Being able to experience it with my boyfriend Daniel and some of it with my dog Coco was really special to me.