I never thought growing up that I would be that girl. You know.. The girl that travels around taking selfies with her dog and displays them on social media. Well here I am! My life is very different than I thought it would be. Career wise I went to school and got a degree in Biology thinking I would work in the medical field, in yet I am working online now while traveling the world with my boyfriend and dog (not complaining).  My boyfriend Daniel got his MBA (Master of  Business Administration) and has been working in online marketing for almost a decade already.  Once we both opened our own online businesses, we decided that it was finally our chance to see the world. We made a list of everywhere we wanted to see first and Rome was at the top for both of us. 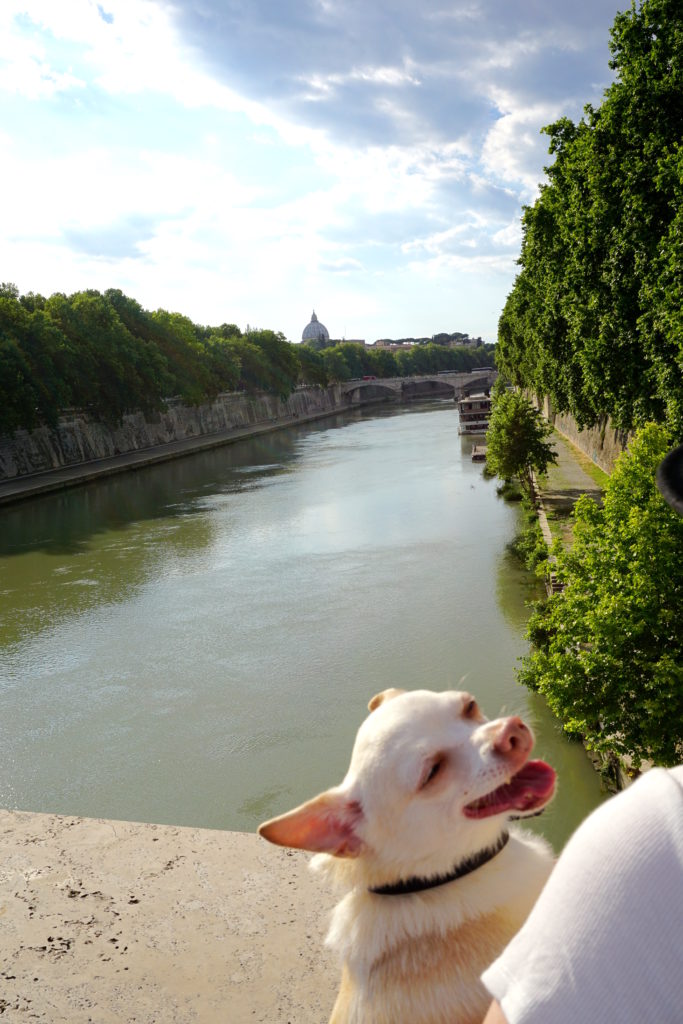 It has been a dream of mine to visit Rome ever since I watched Roman Holiday, with Audrey Hepburn, as a child. My boyfriend Daniel said it was second, only to London, on places he needed to visit on our excursion through Europe. We are lucky our chihuahua enjoys traveling as well. If it stressed him out we wouldn’t be able to do it. Before taking him all the way to Europe, we did many trips in the US to see how well he did traveling. Luckily, he was very happy and adventurous.

We traveled from Florence by train with the pup and arrived at our Airbnb near the Trevi fountain in Rome. We usually don’t like to stay in tourist areas but we figured since we had a short stay it would be better to be closer to everything. Even though we were in a tourist area we were on a quiet street that had a few wonderful cafes that the locals stopped at for their daily espresso before starting their day or for a gelato (any time of the day).

With only five days in Rome, we new we were going to have to pack a lot of the sites in but didn’t want to stress about not getting it all in. About half the trip, we spent just wandering the streets with Coco and taking him to restaurants and cafes (always our fav experience). It is a great walking city, like Florence, and there are a lot of tourist attractions outside- like the Spanish steps in the above picture. Rome itself is an amazing outdoor museum without a closing time!

We did find Rome to be much more crowded with people than Florence. I had been dreaming of Rome for years and swarms of tourists and street sellers that followed us and would try to scam us, was not my idea of a dream trip. We had a much better experience getting a bit away from the tourist attractions. 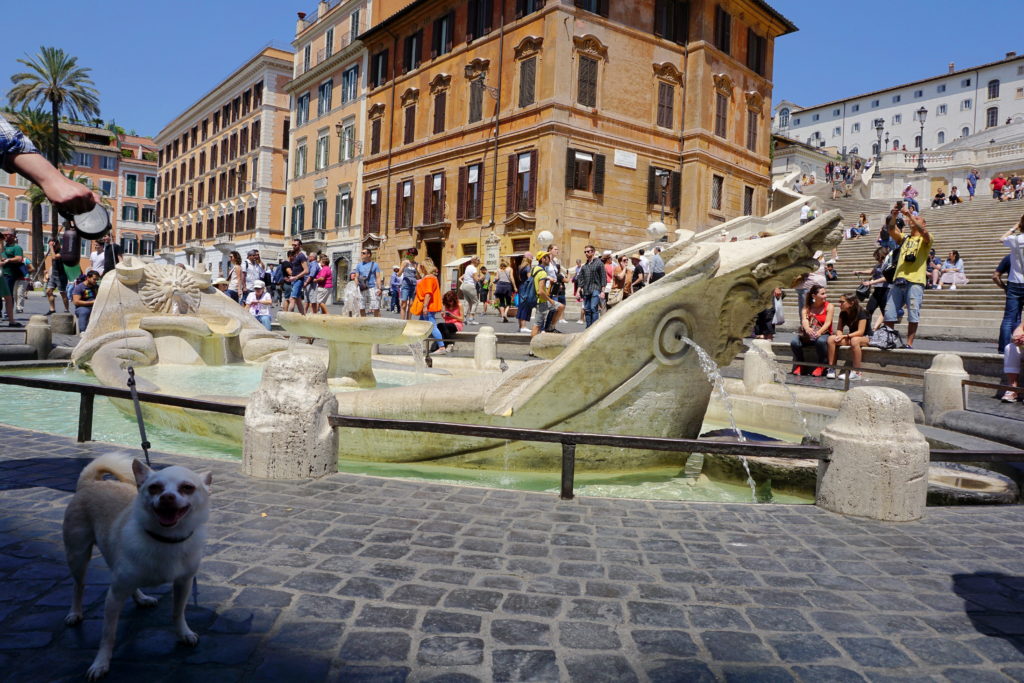 At the foot of the Spanish steps, we came across this Baroque style fountain named Fontana della Barcaccia (Fountain of the Boat). 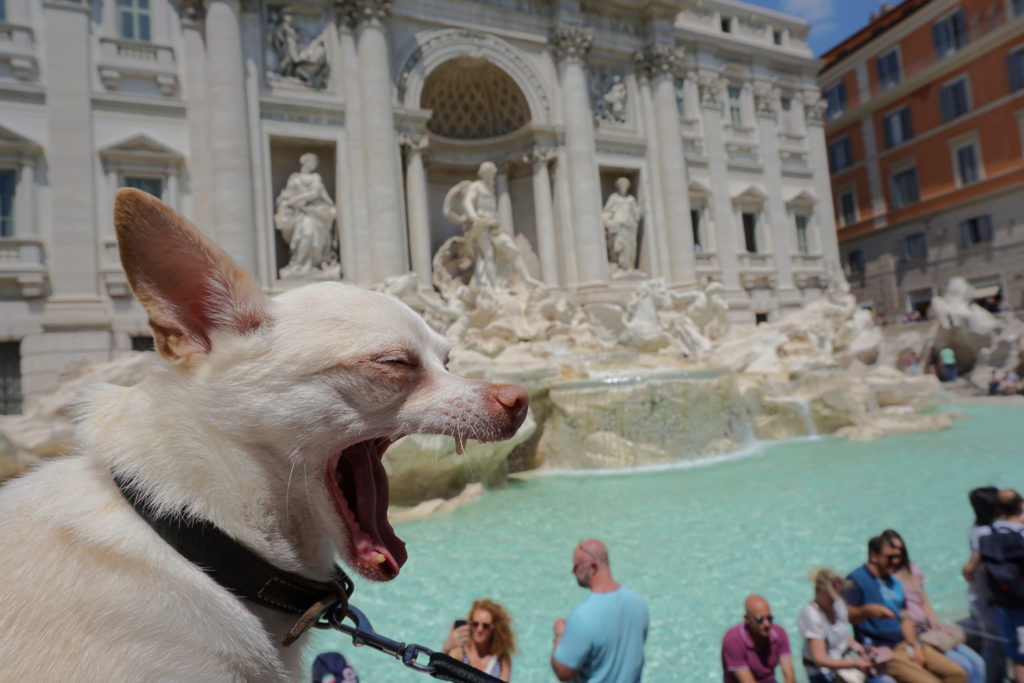 About an 8 minute walk from the Spanish steps, we came across the Trevi fountain. It is the most famous fountain in Rome, arguably the world.  I thought the Spanish steps were busy until I got to the Trevi fountain. It was already loaded with tourists by 10 am and it was hard to get a picture with a ton of people crammed around it. If you don’t like crowds, you will have to get there even earlier. 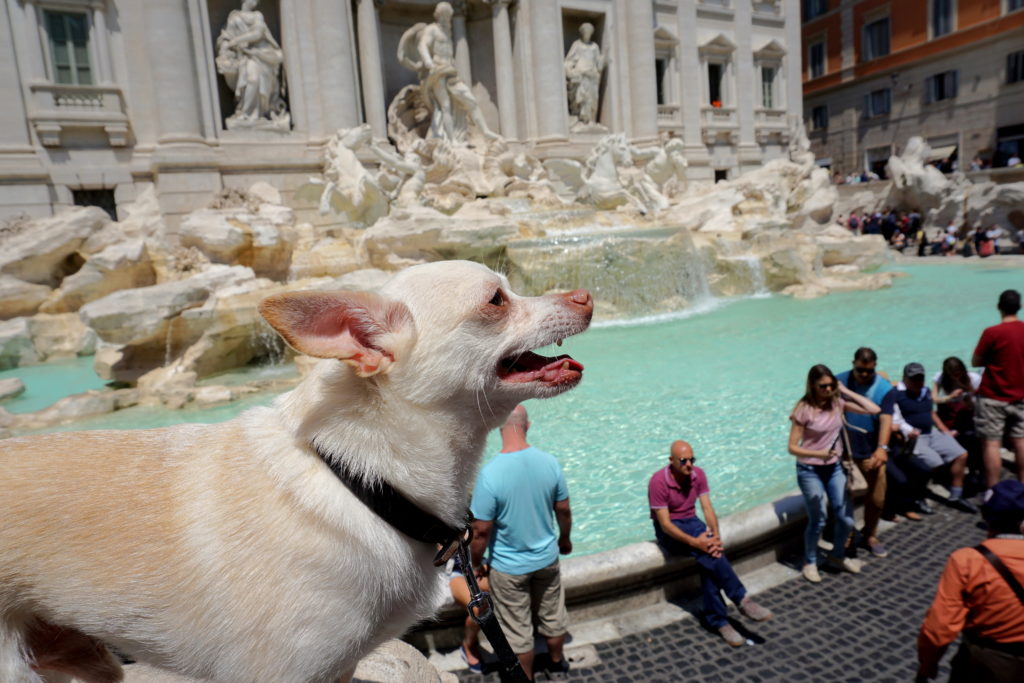 We noticed A LOT of coins at the bottom of the fountain and saw many people throw coins into it over there shoulder. Legend has it if you toss a coin into the fountain over your left shoulder you will return to Rome. Toss another and you’ll fall in love with an Italian (I can check this one off without the coin toss). 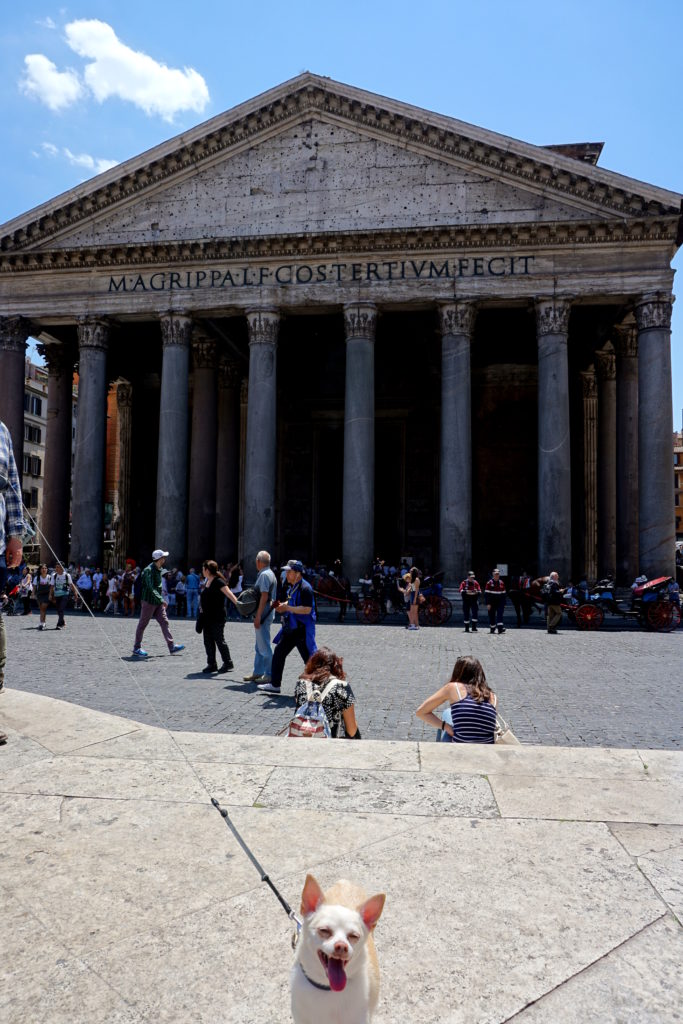 Our next stop was the Pantheon- the best preserved monument in all of Rome, only about an 8 minute walk from the Trevi. Even today, almost 2000 years after the Pantheon was built, it is a remarkable building to see.   We weren’t sure about bringing Coco in so we took turns looking inside. The interior was a bit surprising and I don’t want to spoil it for you by posting the pics I took.The best thing about it is it’s free of charge! 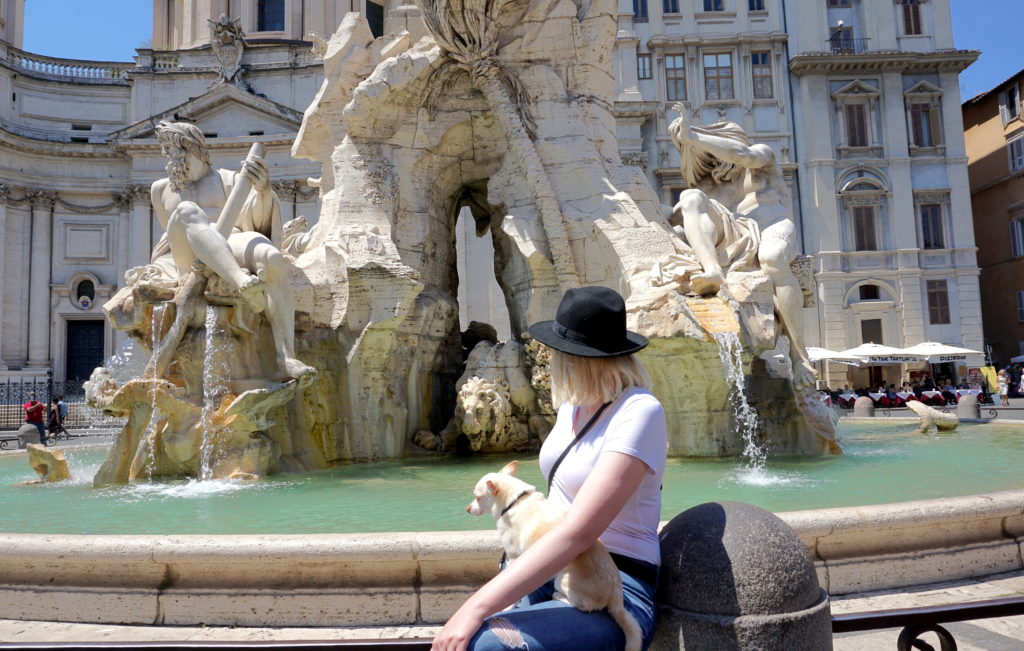 Much like Florence, Rome was very dog friendly and we hope to go back one day. We saw a lot within our five days but I still feel like we haven’t even scratched the surface. With so many ancient ruins and mysteries within them, it is unlike any city we have ever been to before. The city really has so much to offer if you can look past the crowds -for you and your dog!