A Dog Travels to Bordeaux part 2

My favorite thing to do with Coco in Bordeaux was to stroll throughout the beautiful streets of the old town since the architecture was by far my favorite thing about the city. Many of the locals, however, told us the city was quite different ten years ago. They said the city was also known as “Sleeping Beauty” because before the buildings restoration project the city was covered in pollution from the cars and ships that docked in it’s port. What you see now, gorgeous bright creme colored limestone buildings were once covered in black residue making them dark and unsightly. It’s hard to imagine that this beautiful fairy tale city was once dark and gloomy.

The limestone buildings kept our apartment nice and cool even in the middle of the day with the sun shining through the windows. The place we stayed in didn’t even have ac (didn’t realize this until after we booked) yet the rooms stayed nice and cool.  Like I said in the previous post, the weather was just perfect during our stay. We didn’t get too many rainy days and the temperature outside remained very comfortable throughout our entire trip. Therefore, we spent a lot of our time outdoors. The city was easy to navigate so most of the time we would walk to our destination, if we did need to take transportation, the tram system was affordable and reliable.

We were lucky enough to find a spacious place with a nice King size bed right in the old town for a reasonable price on Airbnb. Many hosts usually offer a discount for bookings of a month or more, and if they don’t offer a discount I usually ask them for one.  Most of the time they are willing to make a deal with me. The hosts spoke little English but we managed to keep in contact with them via email. We found most of the people spoke little to no English the further you move outside the tourist areas. We try to learn the basic of each language before going to a new country, and French was the most difficult for me to catch onto, I must admit. Luckily Daniel caught on very quick so we managed. The language isn’t hard to learn, in fact many of the words are very similar to English, it’s the pronunciation that throws me off. French has more vowel sounds, including nasal vowels, which is just so unnatural to me.

Coco found it to be quite unusual that there was no grass to be found by our apartment that would be worthy for him to do his business on. The first week he made us walk for about 15 minutes until grass was to be found.  Bordeaux became the first city he learned to go potty in the streets and not on grass or a bush. Now that he has learned this, we have to be careful about him going on streets with cars.  The street we stayed on in Bordeaux was too narrow for cars and he became too comfortable on streets. 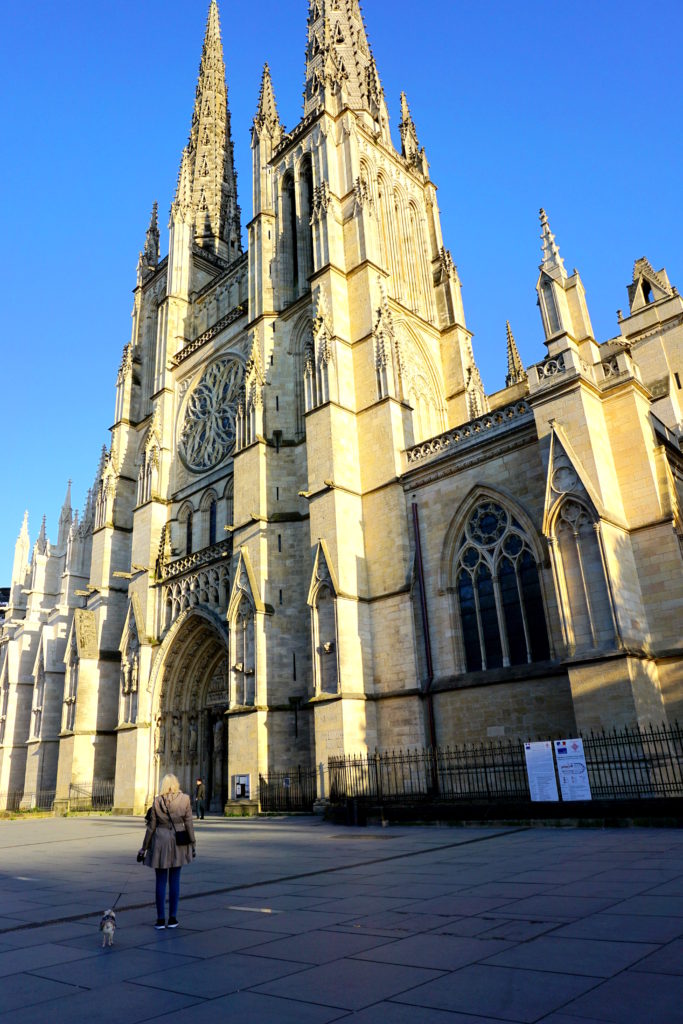 The Cathedral of Saint Andrew of Bordeaux 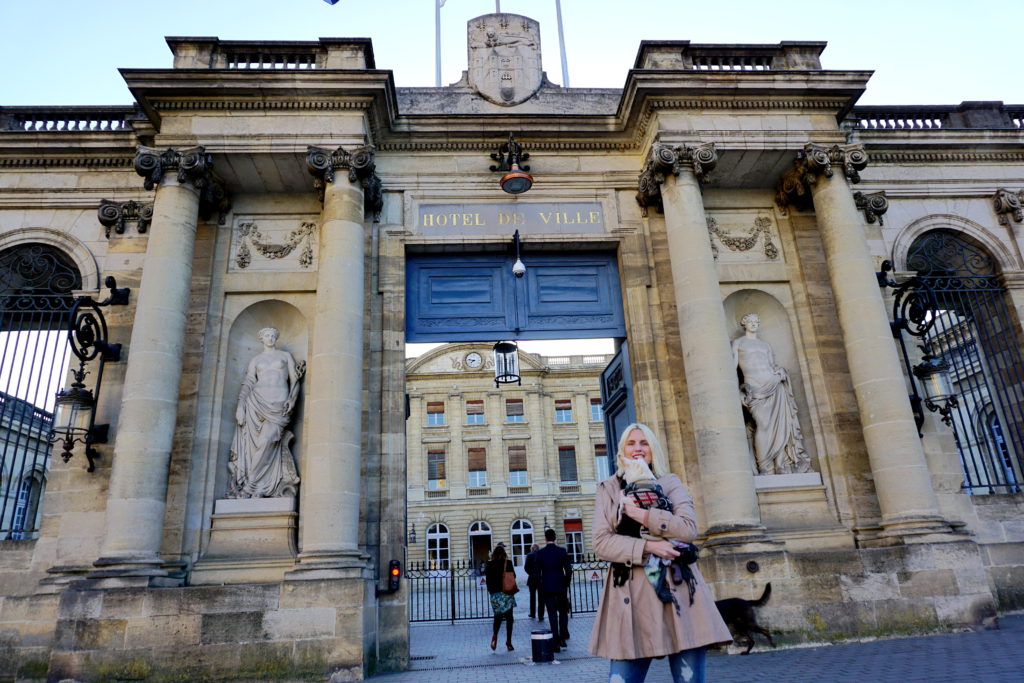 Such a unique beautiful hotel! 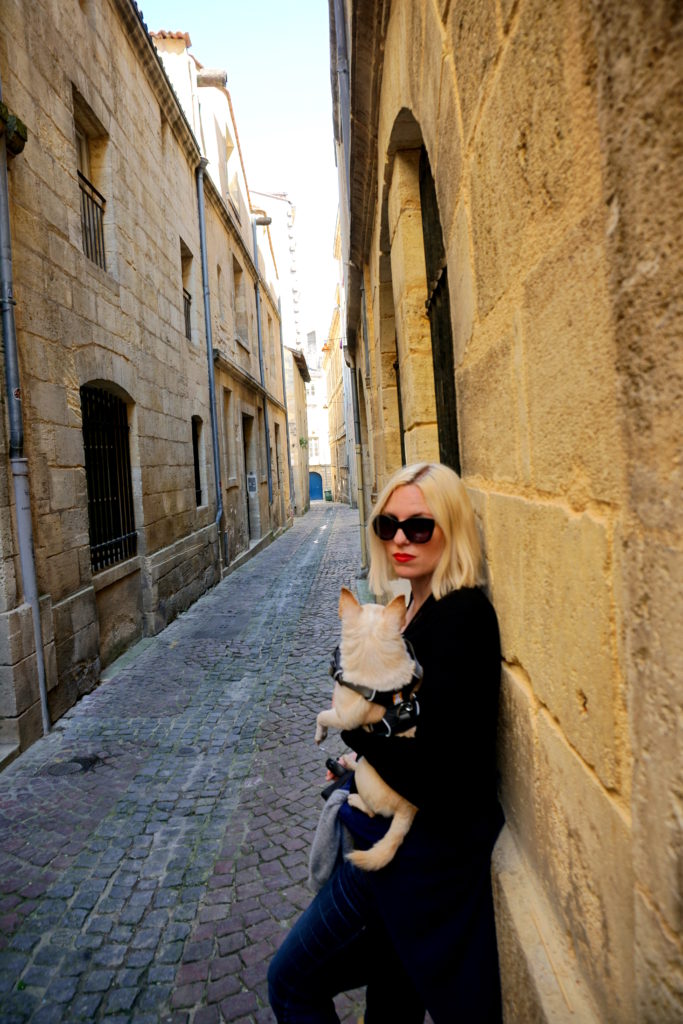 The narrow streets of Bordeaux 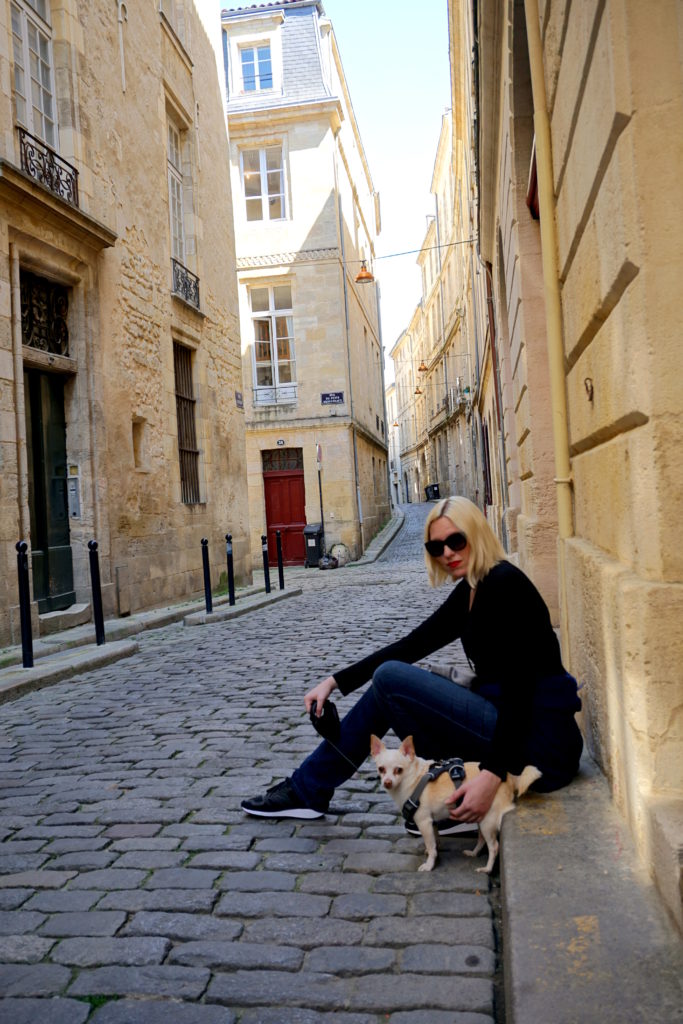 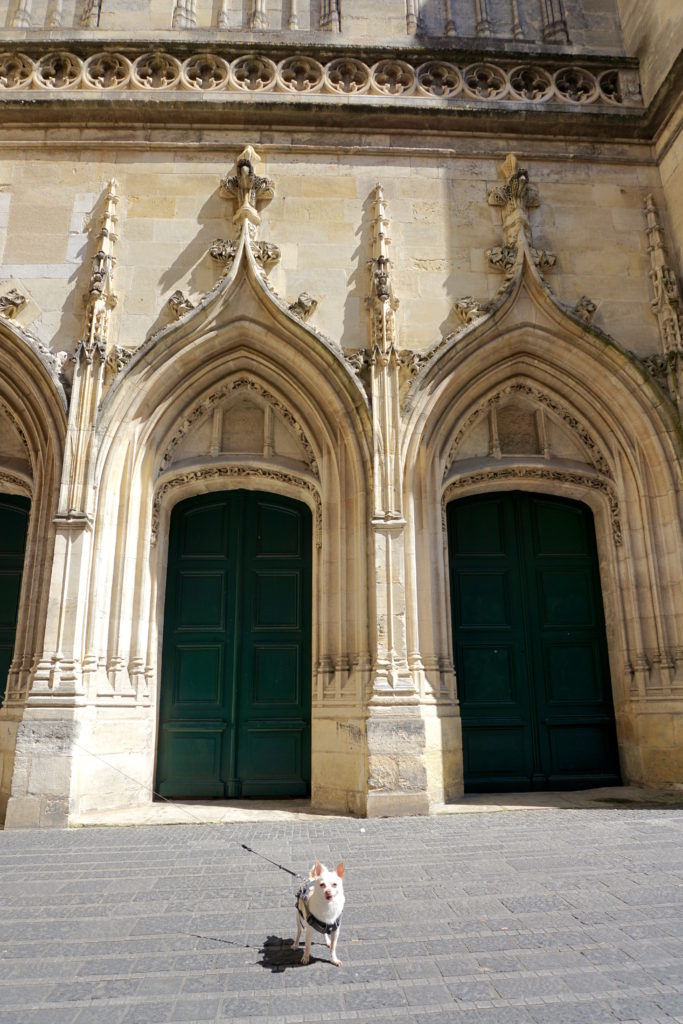 Gorgeous architecture was to be found through out the city 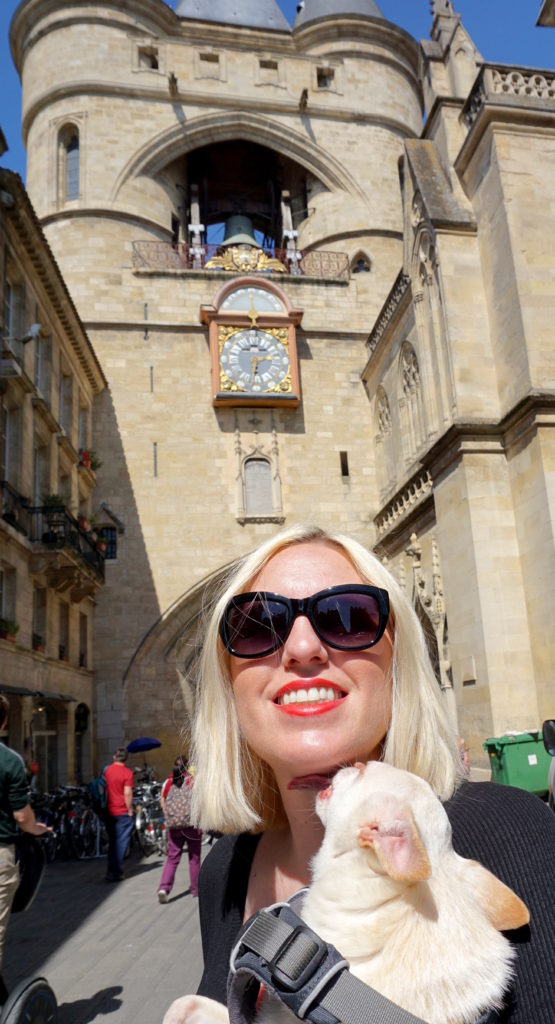 I think he loves me! 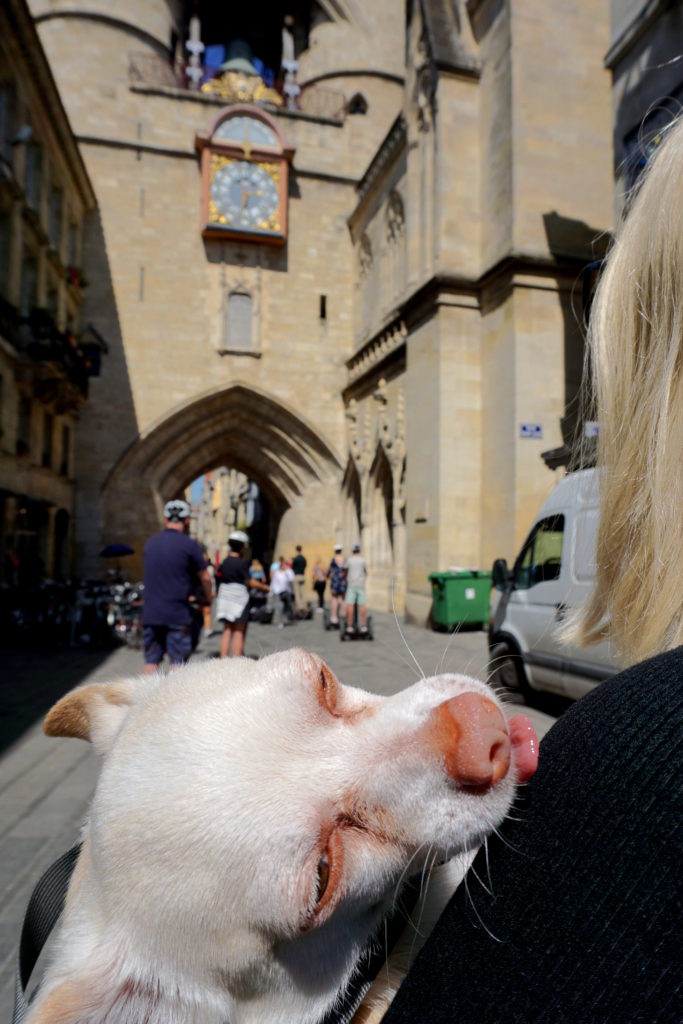 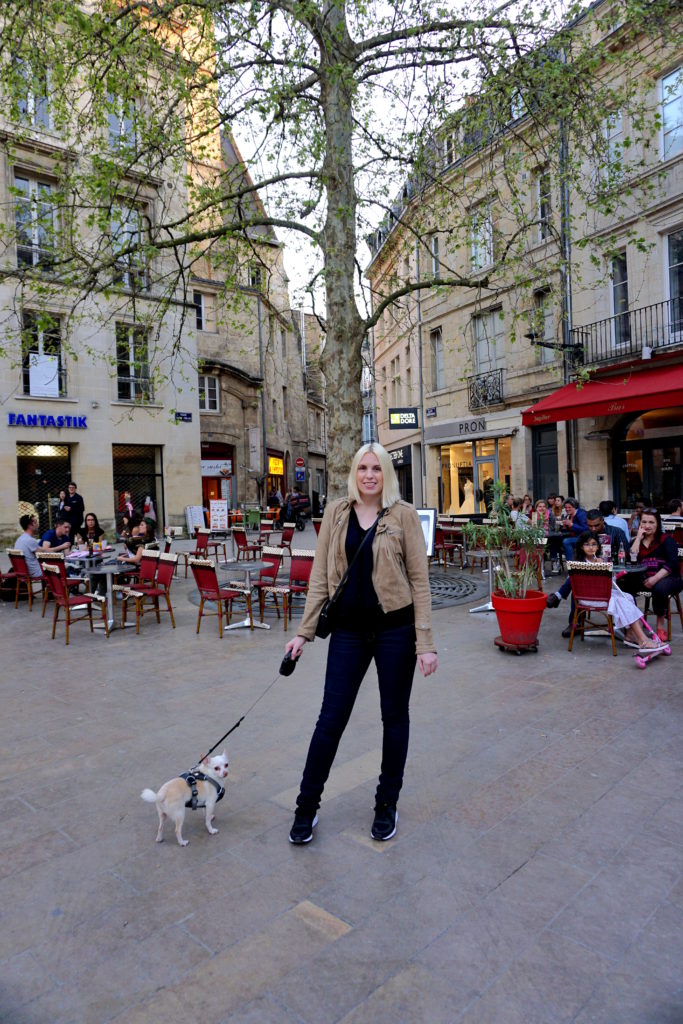 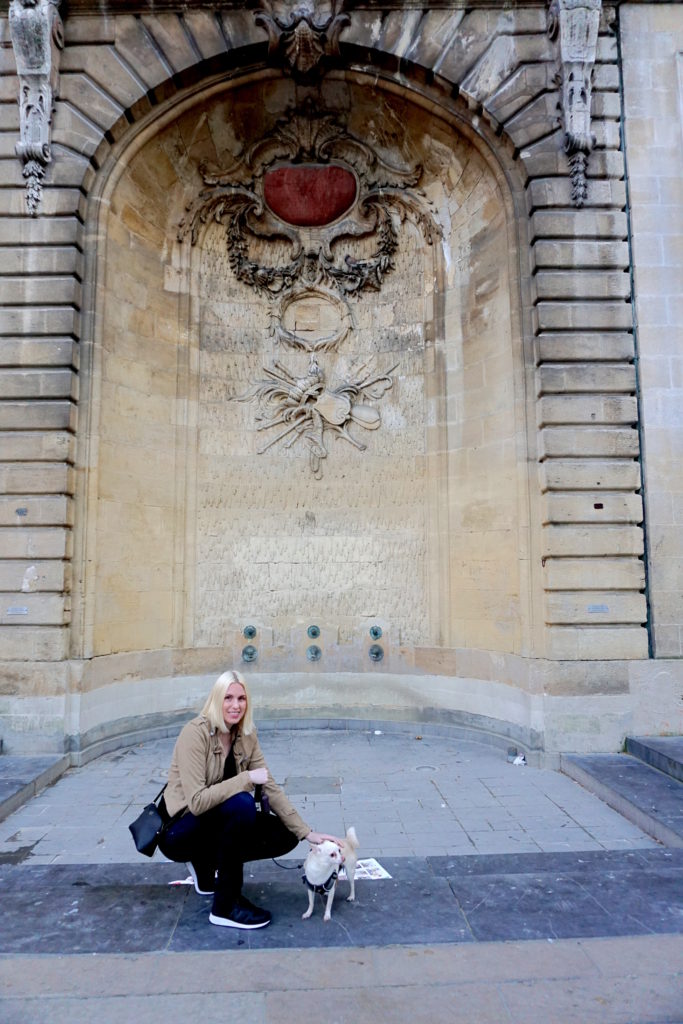 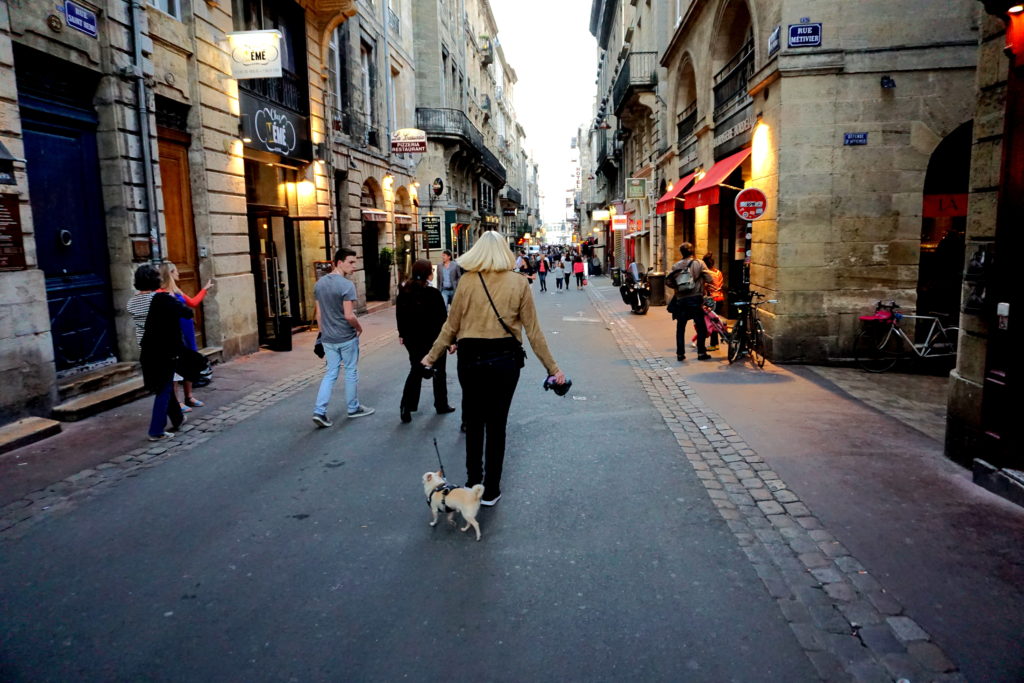