A Dog Travels to Bordeaux part 1

When many people think of Bordeaux in France, they think wine region right? I have heard many people say that people only go there to drink, after all it is arguable the most famous wine region in the world.  After staying there for a month I can tell you there is so much more than it being just a wine city. It is the city that has everything! The last time the Queen visited Bordeaux, she concluded it was “the very essence of elegance.”

A month in Bordeaux allowed us to really get into the city and live like a local. Even though it’s a big city it didn’t feel overcrowded like most cities I have been to. The charming buildings in Bordeaux are what made me fall in love with the city. The cream colored classic french architecture was very ornate and mesmerizing, couldn’t keep my eyes off of it. Starting in the late 90’s there was a large, decade long, revitalization project to restore hundreds of 18th century limestone buildings. Bordeaux was named a UNESCO world heritage site in 2007. The streets are narrow and filled with quintessentially French restaurants, bakeries, and boutiques. There are so many restaurants with outside seating, so we took Coco out with us every time we went out. There are many museums, a grand theater, friendly people, amazing FOOD, and even the world’s best wine museum (more on that later).

We went to Bordeaux in April. The weather was just wonderful so I think we went at the perfect time! Even though it’s a big city it didn’t feel overcrowded like most cities I have been to. We do plan a lot of our travels out to do tours, hiking, museums etc. But our favorite thing to do, is take the dog and just get lost walking in the city (which doesn’t cost anything). Sometimes I get all dressed up just to walk around the city, with Coco right along with us.  Bordeaux is small enough that we could walk the entire city.  If you don’t want to walk they have a wonderful tram system.

You should definitely add traveling to Bordeaux with your small dog on your bucket list. I promise you will find it to be the most charming city with graceful streets in which you will eat and drink better,  and have a great night out on the town. 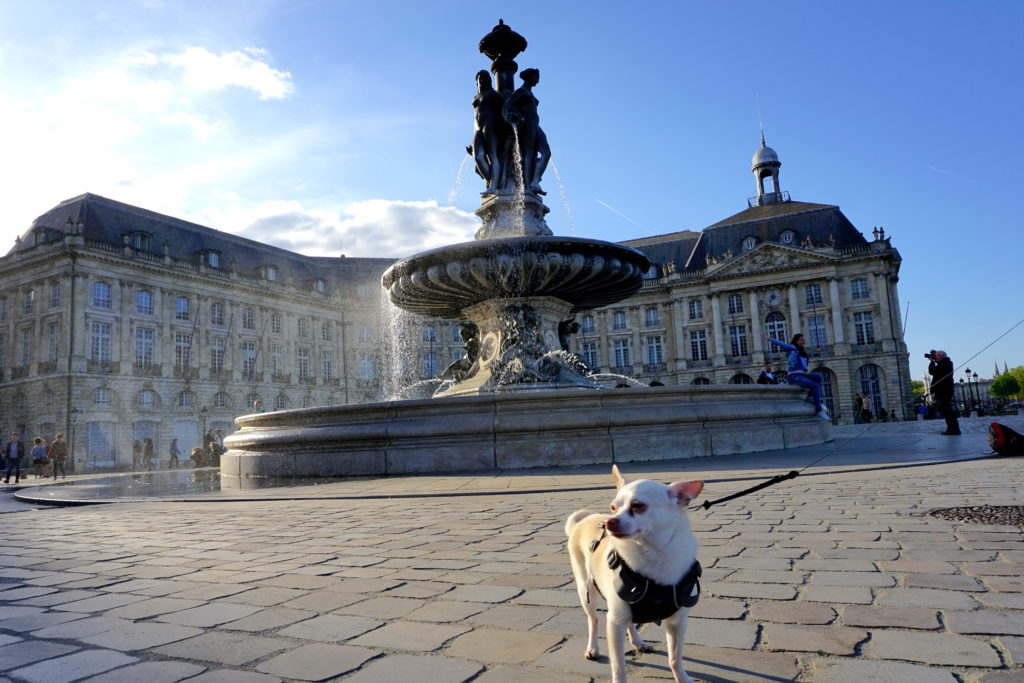 Porte de Bourgogne is a Roman style arch built in the 1750’s as a symbolic gateway to the city. 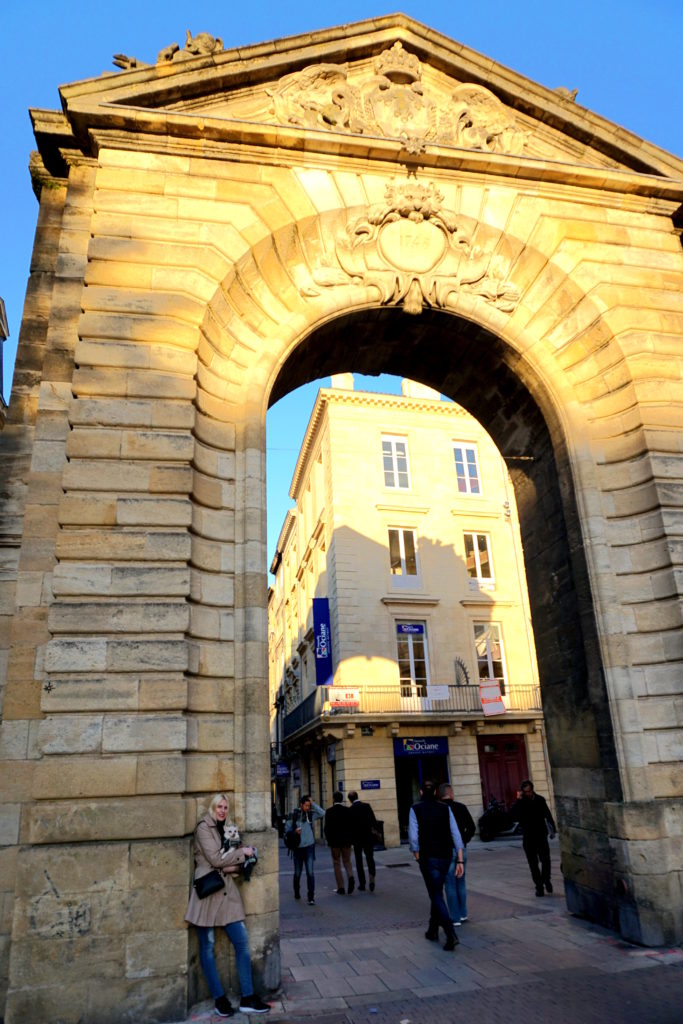 This is another Roman style arch we found in the city 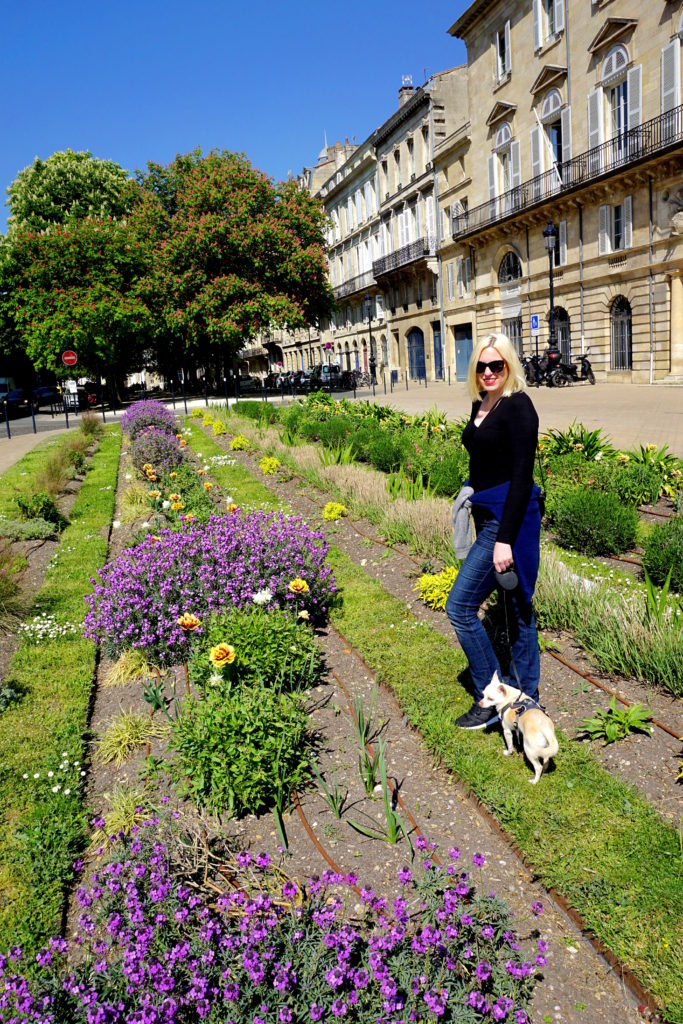 Lush greenery and flowers can be found throughout the city. 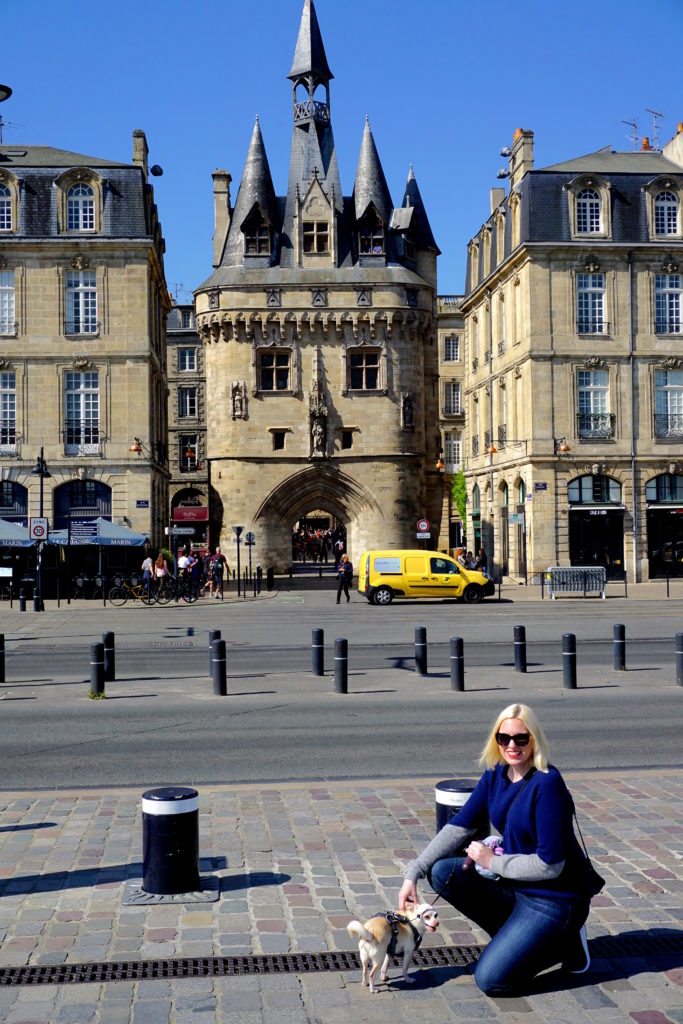 Coco’s view of a beautiful bridge on the Garonne river 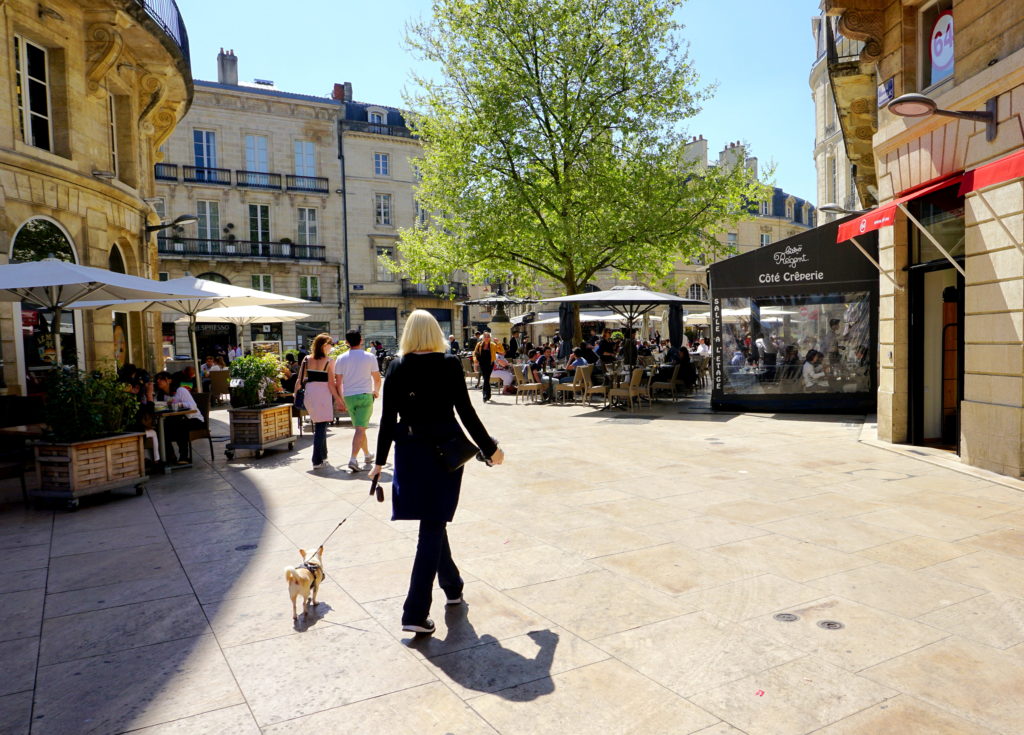