A Dog Travels to the Tower of London

The Tower of London is not only one of the most important buildings in England, but one of the most popular London attractions.  The tower was built in 1066 by William the Conqueror as a demonstration of Norman Power. Not just a fortress, it is also known as the gateway to the capital. It was used as both a prison, although it wasn’t originally built as one, a home to the royals, a royal mint and treasure vault, an observatory, and as a private zoo. Among it’s prisoners included Princess Elizabeth (later Queen Elizabeth I), King David II of Scotland, Sir Walter Raleigh and William Penn,, among others.

The fortress is located right on the Thames river right alongside the Tower Bridge. Since we arrived with our dog, we didn’t get the chance to explore inside the fortress but we did have a great time around it. We will be sure to the spend a day or two exploring inside in a few months when we move back to London. We are currently spending three months in Croatia (June-Aug) and then three months in London (Sep-Nov). We visited London for a week and it just wasn’t enough time to see everything. We loved the cool fun vibe of the city and decided we needed to live like a Londoner. 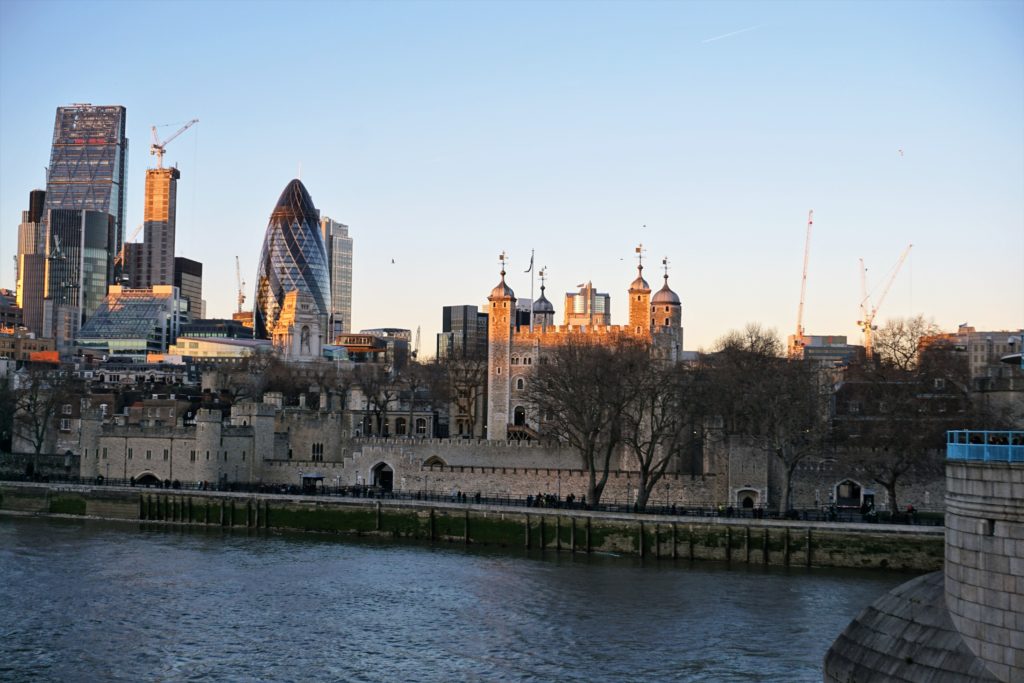 View of the castle and city from the Tower Bridge. 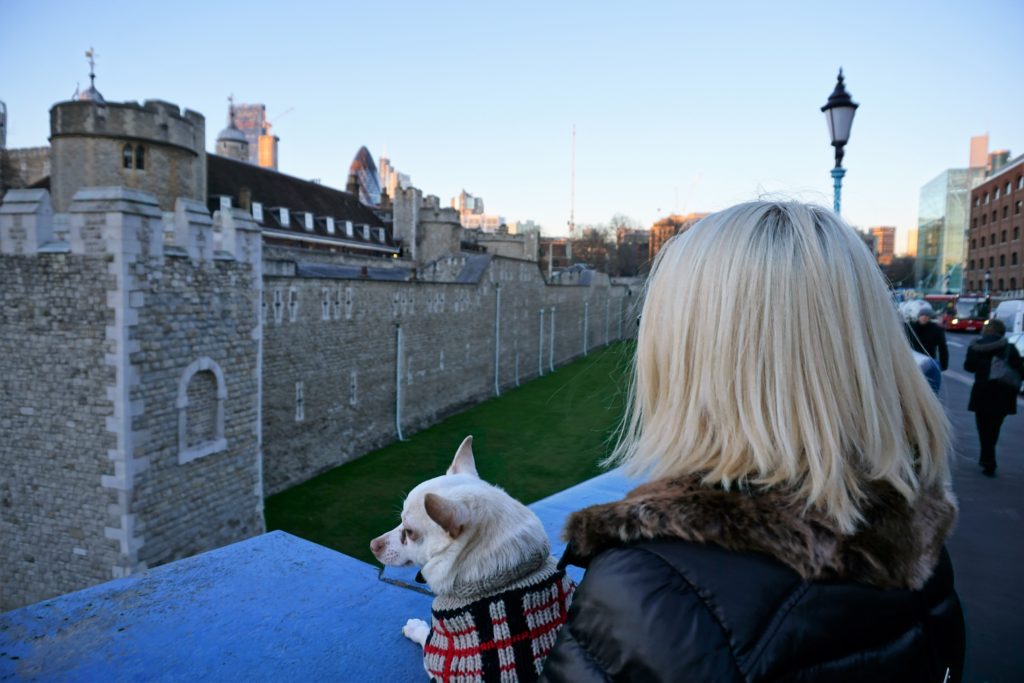 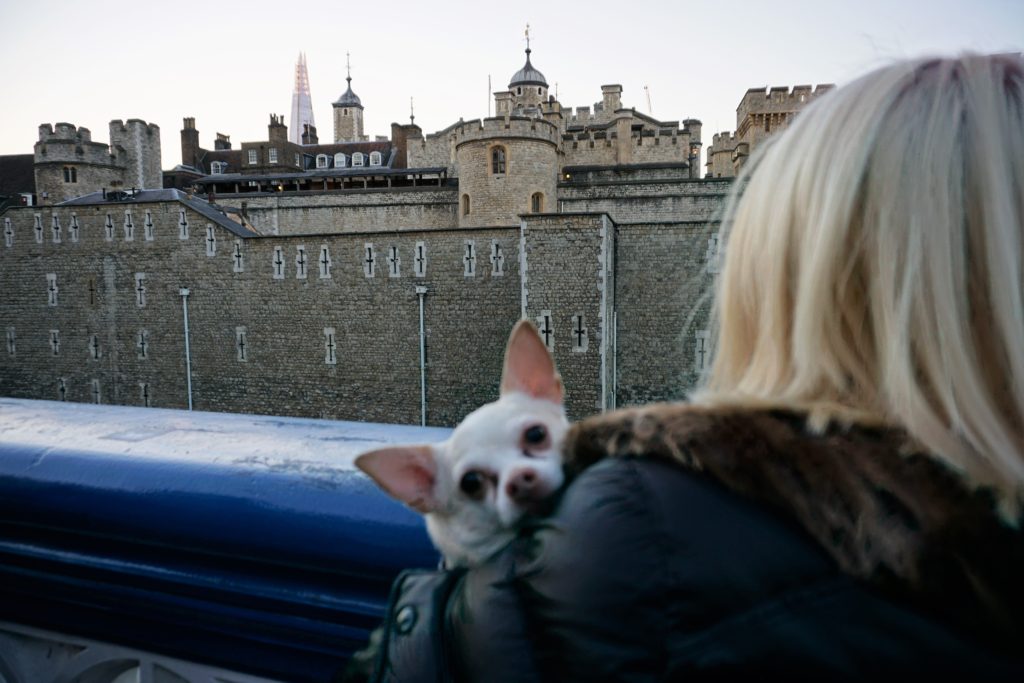 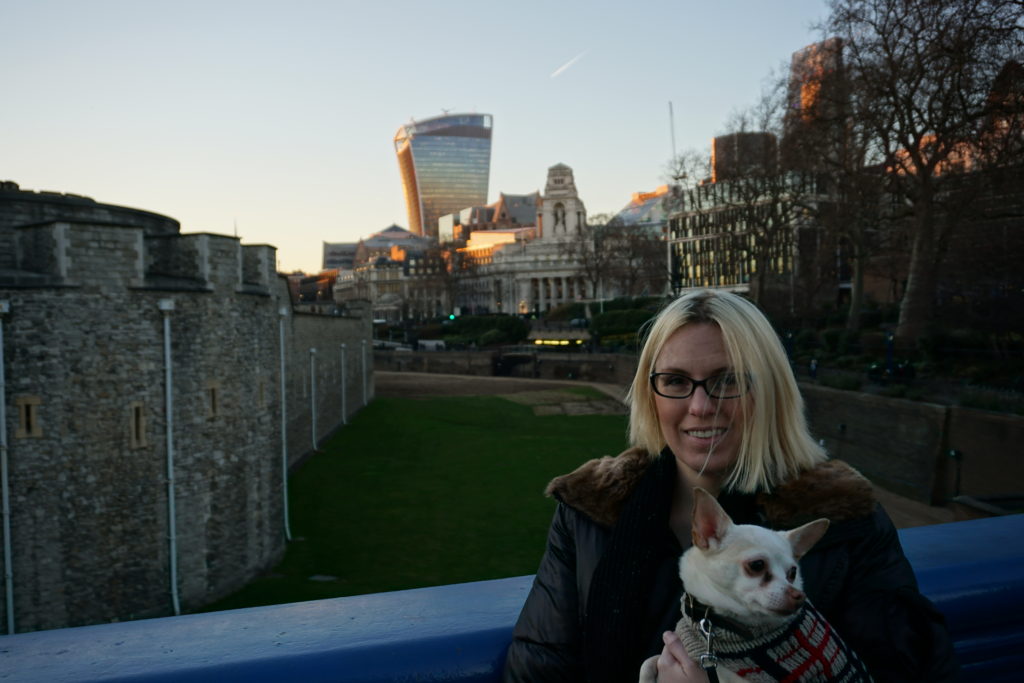 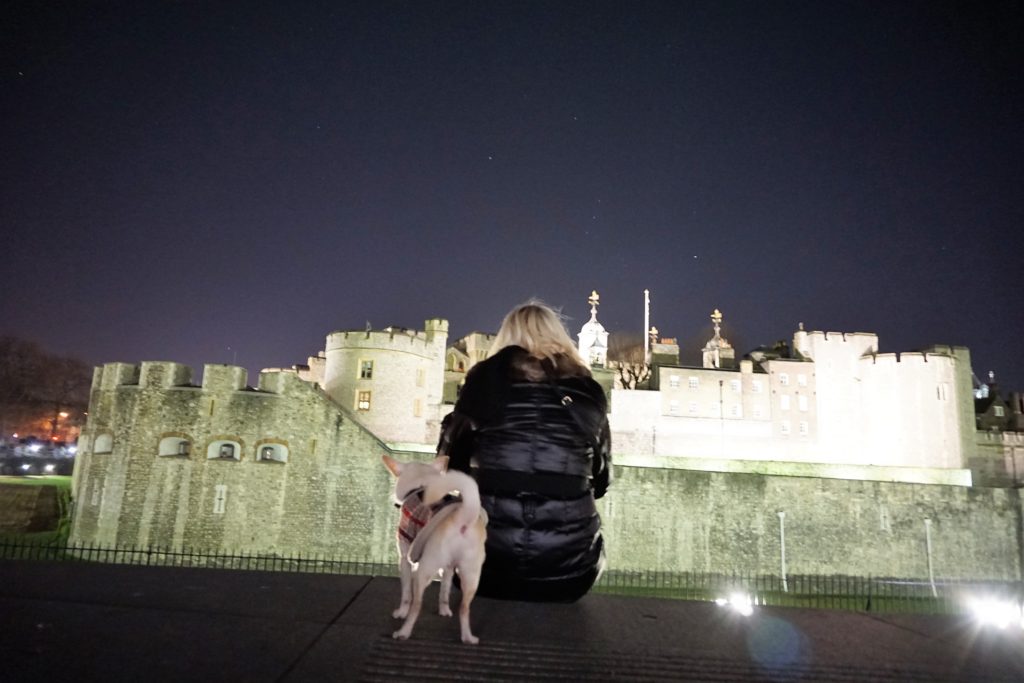 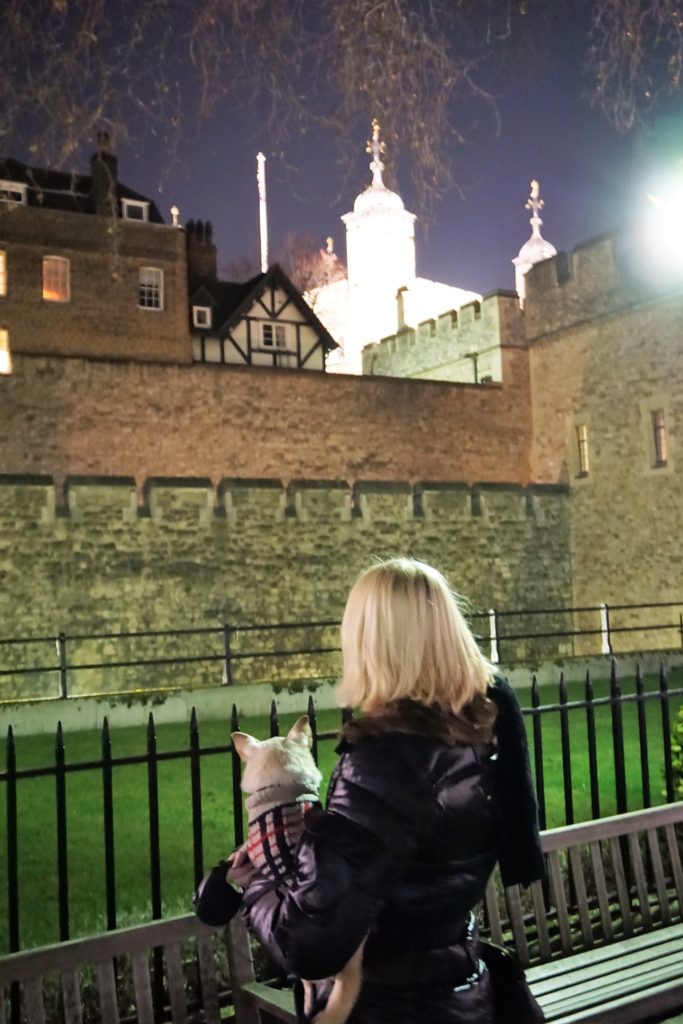 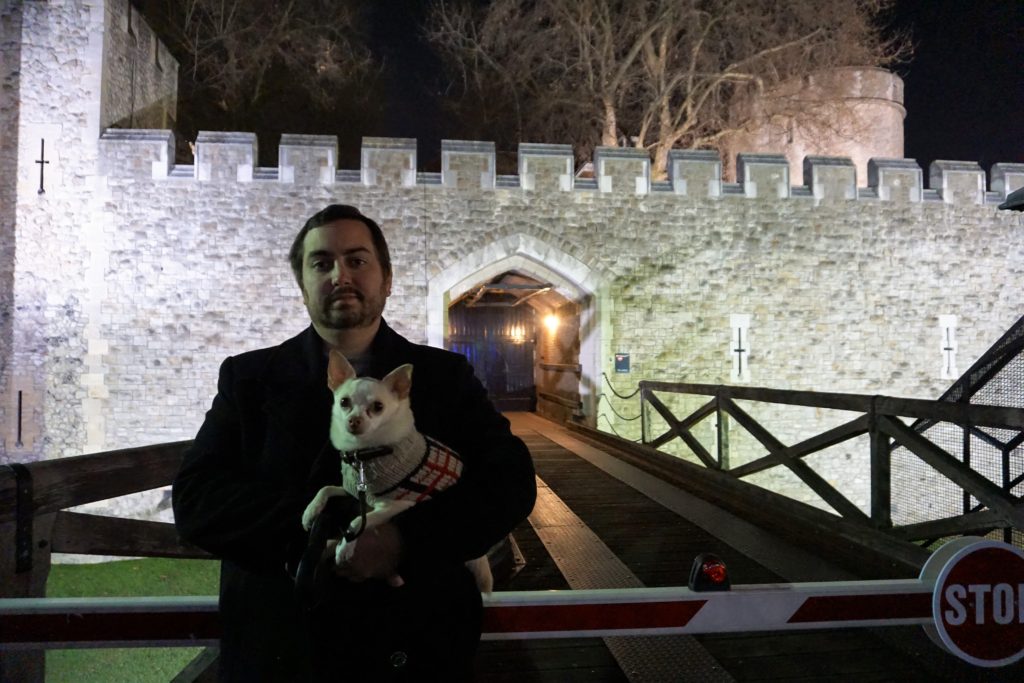