Chester is a city we highly recommend to visit as a day trip. Before we came to England we had never even heard of Chester. I am so glad we listened to the locals in Manchester and gave it a visit! It was one of the most charming little cities I have ever been to. The city contains the most well preserved Roman walls in all of Britain, built between 70 and 80 AD.

While you’re in Chester, take a stroll on top of the 2 mile long Roman walls that circles around the city. The path on the Roman walls offers an incredibly scenic view of the city. You will come across the old water tower, the castle (built 1070), and racecourse. The racecourse was built around the 16th century and is the oldest racecourse still used in England today. Coco was allowed on the Roman walls, or at least no one stopped us, and he had the time of his life. Definitely worth the trip! 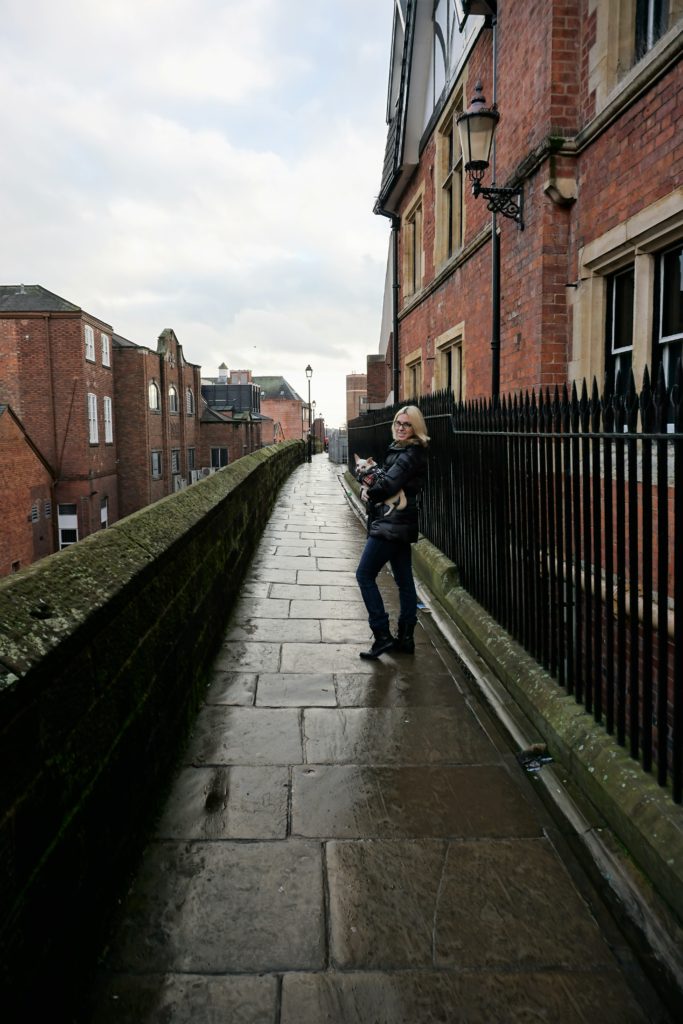 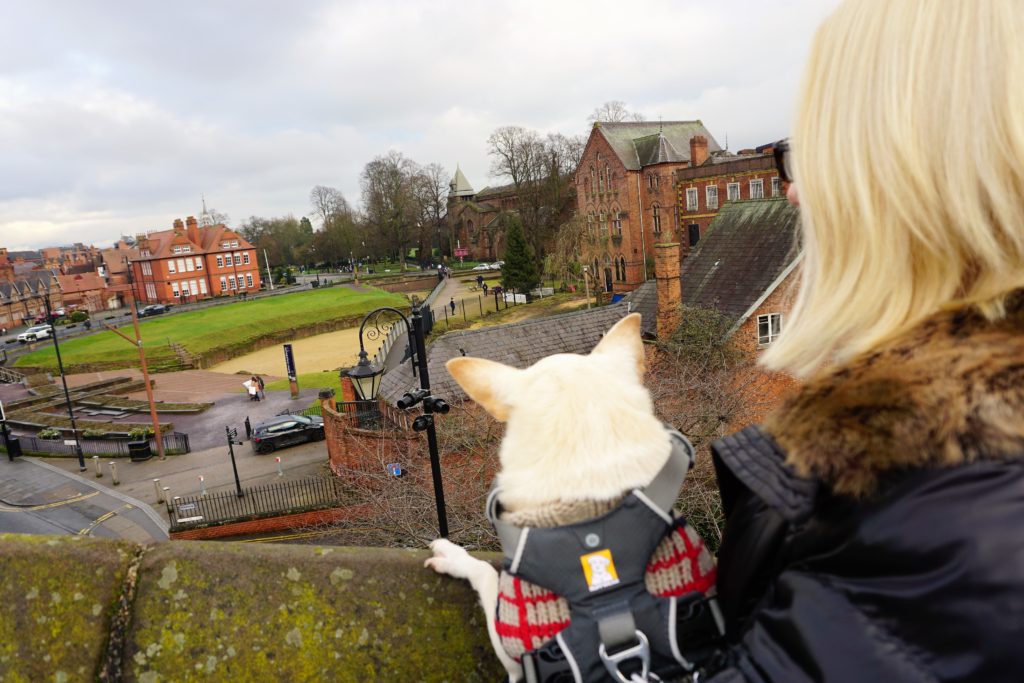 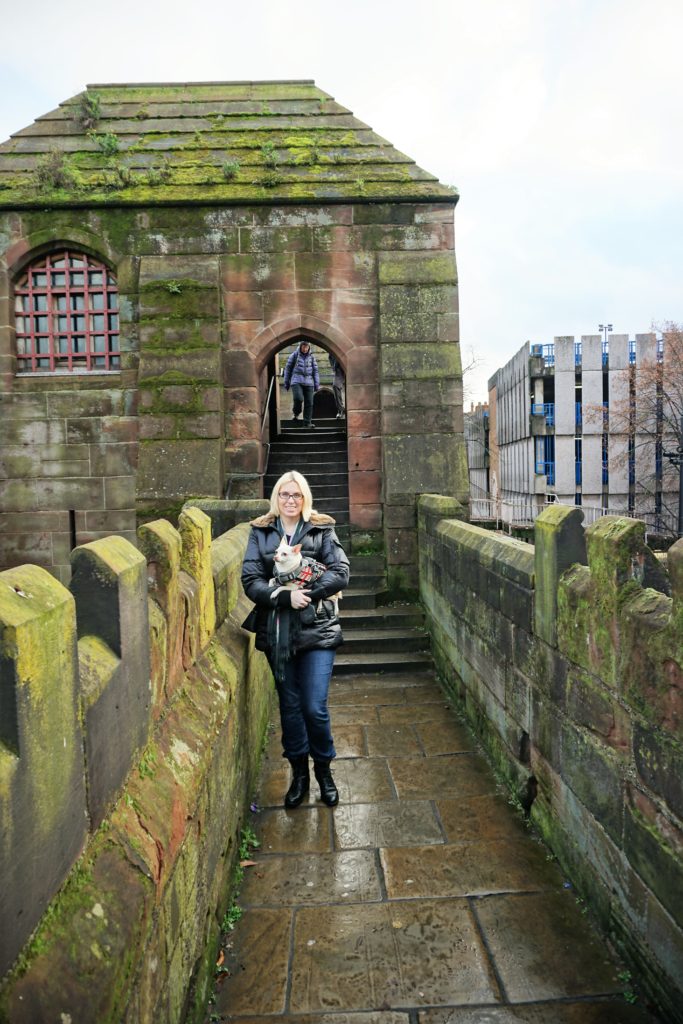 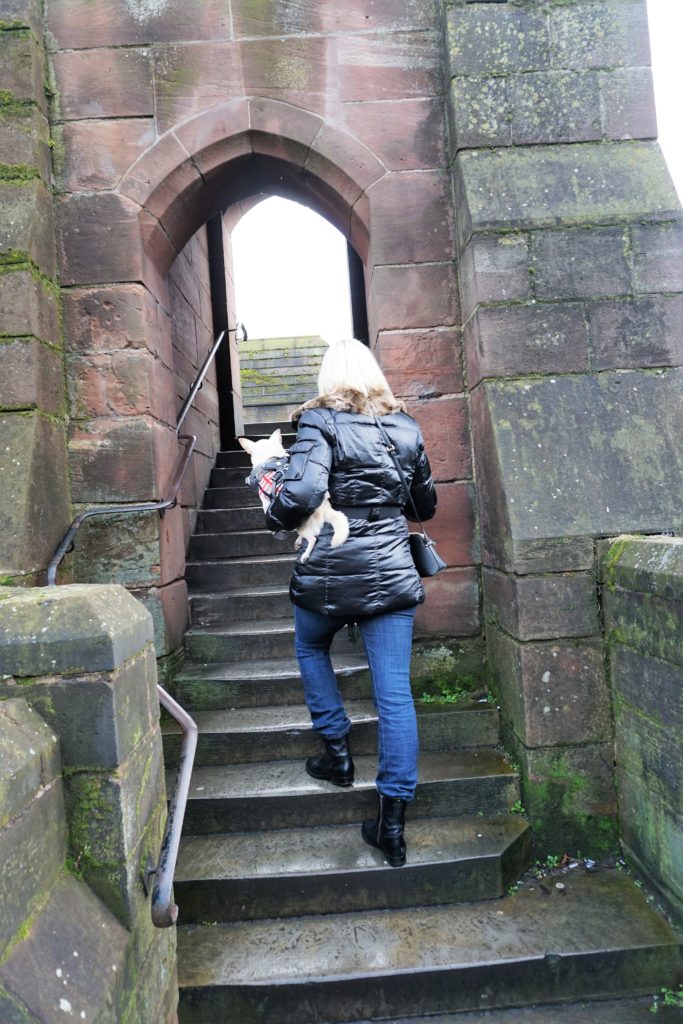 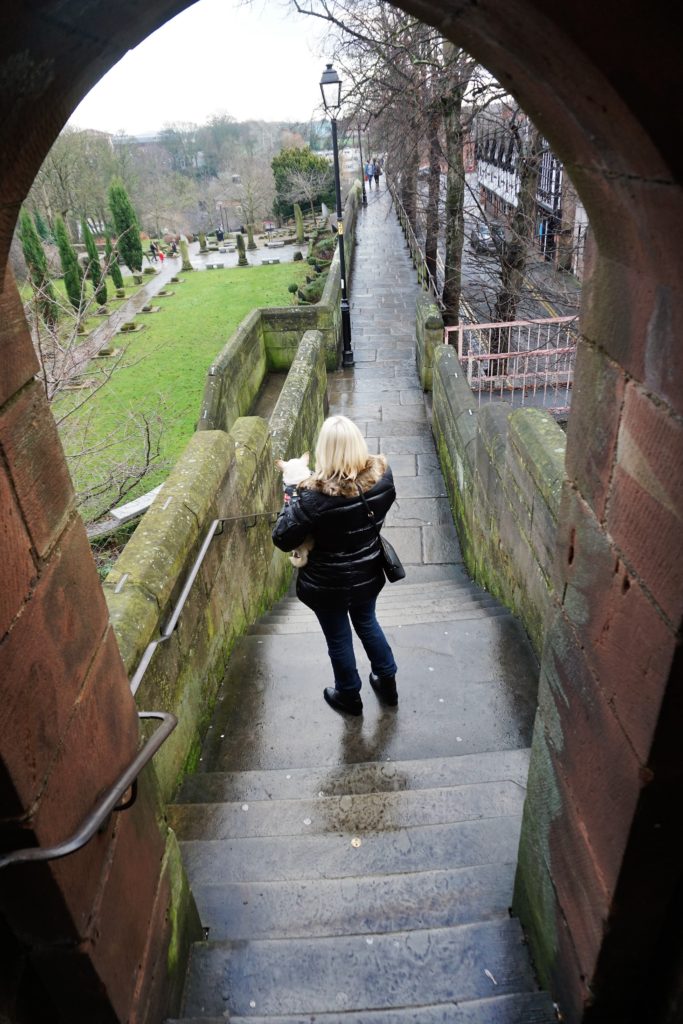 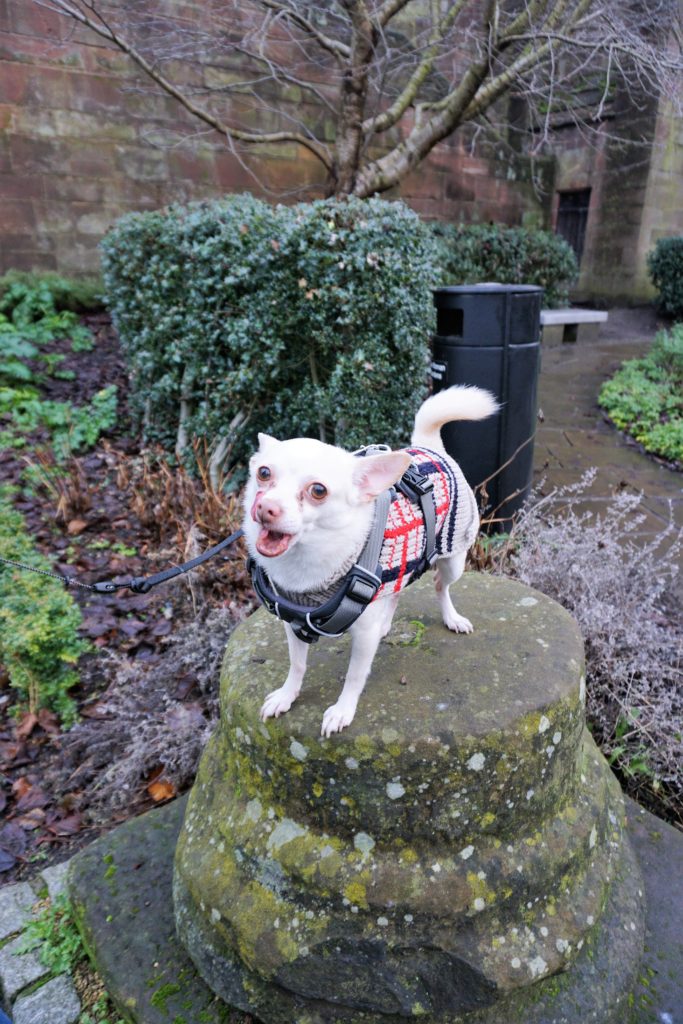 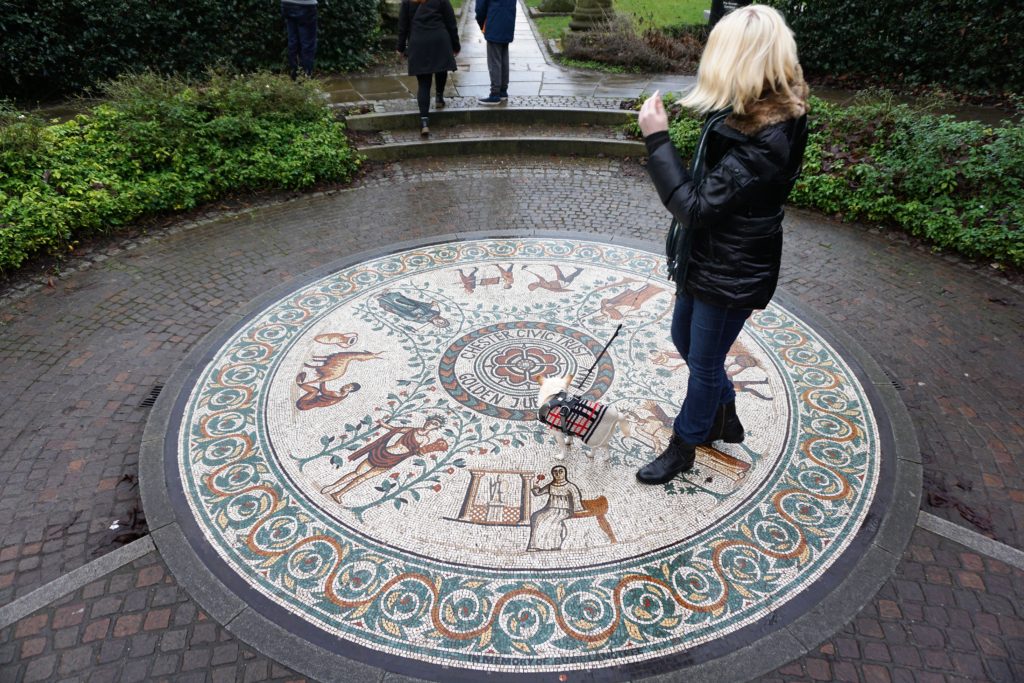 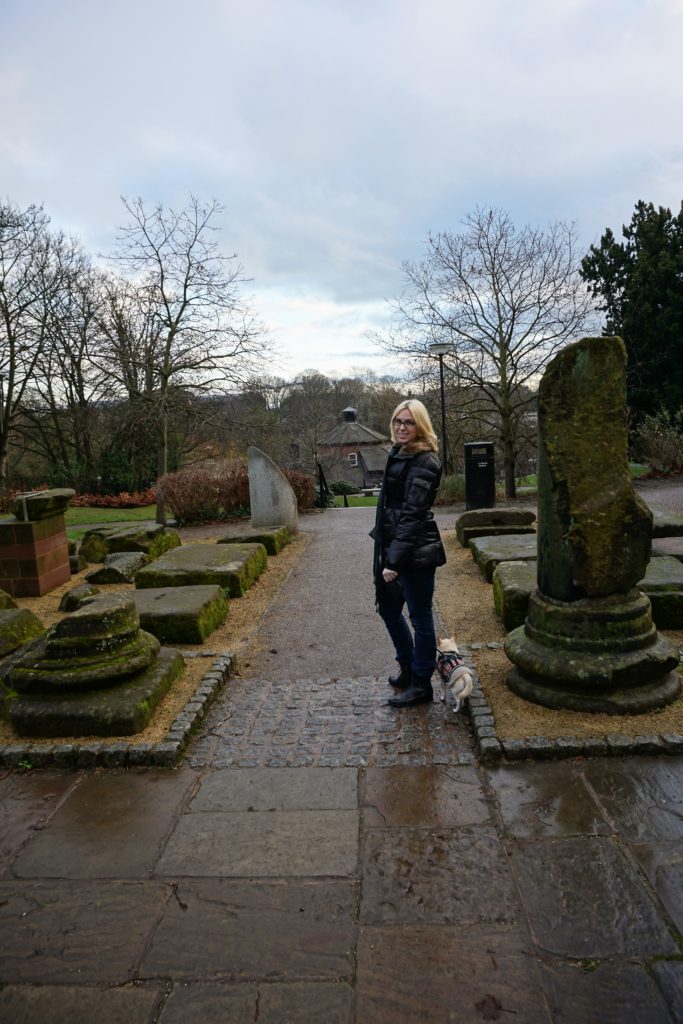